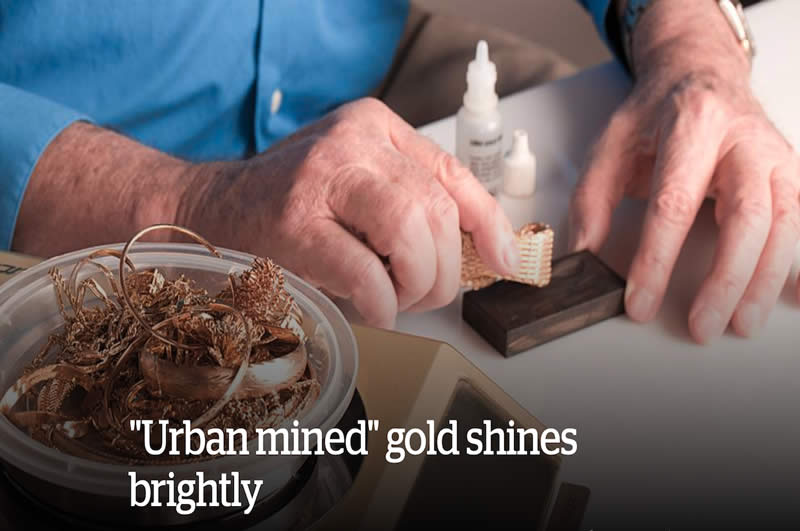 The chess set looked like it was made of lead. It was heavy, with a dull sheen to it – but it was actually 24-carat gold, worth a fortune.

“It was smuggled out of South Africa in the days when it was illegal to take wealth out of the country,” says John Hunter, business relationship manager at New Zealand Gold Merchants Ltd – the country’s leading bullion trading company and precious metals (gold and silver) refinery.

“He’d been very clever with it; he’d moulded and cast the set and painted it a lead colour with lead-based paint. Then he turned up in our office carrying it – his family fortune.”

That is an example – admittedly an unusual one – of private sellers who arrive at NZ Gold Merchants with gold to sell. Yet direct private transactions like that form only a small percentage of the gold the company refines and manufactures into beautiful, fine gold (999.9 parts per thousand)

Instead, NZ Gold Merchants pursue something called “urban mining” – the art of recycling old gold and gold scrap from manufacturing jewellers. Internationally, urban mining makes up about 30 per cent of the available above ground gold in the world at any one time (as measured by the World Gold Council).

“Of course, it weighs a lot more – full of water, the 20-litre container weighs about 20kg. Full of gold, the same container would weigh 400kg.”

New Zealand, with gold mined in Coromandel, West Coast and Central Otago, is among the top 30 gold producers in the world – but Hunter says NZ Gold Merchants’ urban mining makes up more of their business than the 30 per cent international average.

It is an interesting process – and in comparative infancy until 2008’s global financial crisis saw Kiwis (and people all over the world) selling off gold and jewellery to raise much-needed cash. In 2009, there was a veritable flood of gold.

It created a new and ongoing revenue stream, not just for refiners like NZ Gold Merchants but also jewellers, antique dealers and second-hand shops. It was established in two ways – those businesses sold on whole pieces of old, unwanted or outdated jewellery to Hunter’s company; they also bought what is known as lemel from manufacturing jewellers.

Lemel is the small shavings of precious metals that accrue through the manufacture of jewellery. These shavings are collected and purchased by NZ Gold Merchants.

Hunter says: “That’s where our cutting-edge technology comes into play. The lemel and the old jewellery go to our refinery in Onehunga and we melt them down into a bar.

“Then the bar is analysed using X-ray Fluorescence (XRF) which qualitatively and quantitatively analyses the sample in moments. It highlights the gold, silver, platinum or palladium present, as well as metals other metals like nickel, copper, iron, zinc and cadmium.

“So we know the level of gold in that bar and then we use a series of acids – including hydrochloric and nitric acid – and other processes to refine the gold to a pure form.”

The process of gold purification is a highly skilled operation which is often more art form than process; technological improvements refining processes over the years have led to extremely high quality gold emanating from New Zealand refineries.

That enables NZ Gold Merchants to manufacture bars and ingots from locally refined gold under the  NZ PURE™ brand, to complement the range of international brands such as ABC, PAMP and Royal Canadian Mint that the company typically holds. 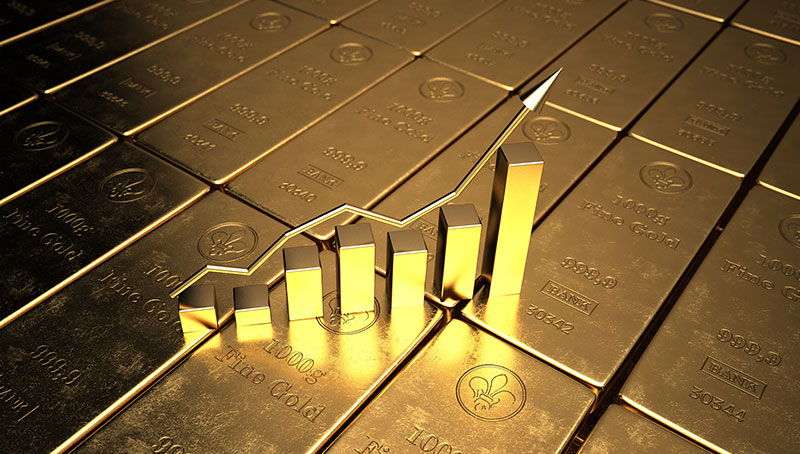