James always has a few interesting and insightful things to say and isn’t afraid to call it as he sees it – he certainly ruffles a few feathers! He graciously took part in a Q&A session during the conference, answering all those burning questions many of us have. Here’s just a small snapshot of what he covered…

China has limited their gold imports but Rickards says China’s appetite for gold is stronger than ever and they are simply taking measures to limit dollar outflows due to their external US dollar debt and several other factors.

The three big players on the global economic stage; China, Russia and the USA, have always been pitted two against one, with the US always managing to pivot from one to the other just at the right time. Now, Russia and China’s relationship has ‘blossomed’ at the expense of the US and trade wars and currency wars are escalating. Rickard recommends reading The Pence Doctrine which helps explain the current trade and currency wars.

What is the IMF and what role will they play in the next recession?

The IMF (International Monetary Fund) is an international organisation consisting of 189 countries working to foster global monetary cooperation – they can print money and among many things they have the ability to give the United Nations an SDR* to carry out a mandate. Rickards believes they are really going to come to the fore in the next financial crisis.

In the ‘financial panic’ of 1998 which involved Russia and a large US hedge fund, Wall Street came in and bailed out a hedge fund. Ten years later Wall Street was in distress and the central banks came in and bailed out Wall Street. But what Rickards wants to know is who’s going to bail out the central bank in the next crisis? The debt has increased and the federal bank has admitted defeat – they will not be able to increase interest rates without causing a recession. In this scenario who has the only clean balance sheet? What is the only institution in the world able to rescue them? The answer is the IMF… but it comes at a price.

“At what point… do the American people or for that matter, investors around the world say ‘I know what’s going on, get me out of the dollar – give me gold, silver, land, oil, water – any tangible asset’ – at this point you’ve basically destroyed confidence in the dollar,” says Rickards.

The gold to silver ratio myth

We often hear speculation about the gold to silver ratio – the correlation between the price of gold and the price of silver. Rickard says, “I have one view on the gold silver ratio – it doesn’t exist.” He explains the origins of the 16:1 ratio, which came about in the late 1890’s in the US at a time when the Republican Party wanted a hard gold standard and the Democratic Party, representing farmers wanted easy money. The silver miners lobbied the US senators and got a law passed that said the ratio of gold to silver was 16:1. “It’s not geology, it’s not supply and demand, it’s not market-economics, it’s not a hard law of science it’s just a political lobbying job by a bunch of senators…” he says. One thing Rickards is certain of is that if gold goes up, silver will go up, but not necessarily on a fixed ratio. 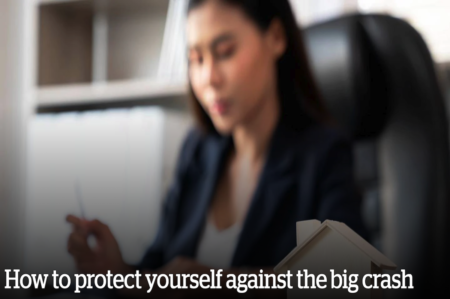 How to protect yourself against the big crash

December 9, 2020 post by Richard Coleman 0 comment
History contains clues which investors should be aware of, says gold expert. Announcements that vaccines for Covid-19 are almost available has 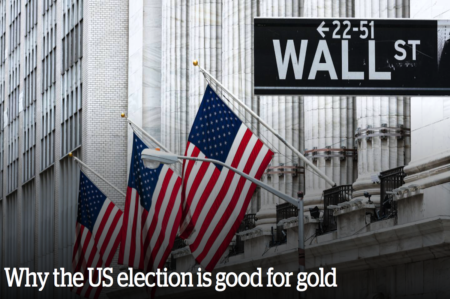 Why the US election is good for gold

December 9, 2020 post by Richard Coleman 0 comment
Experts say gold price ready to rise further as global bubbles look set to burst. The victory of the Democrats in the 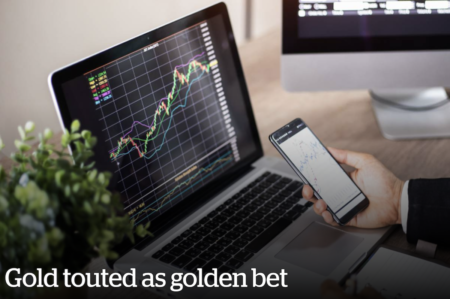