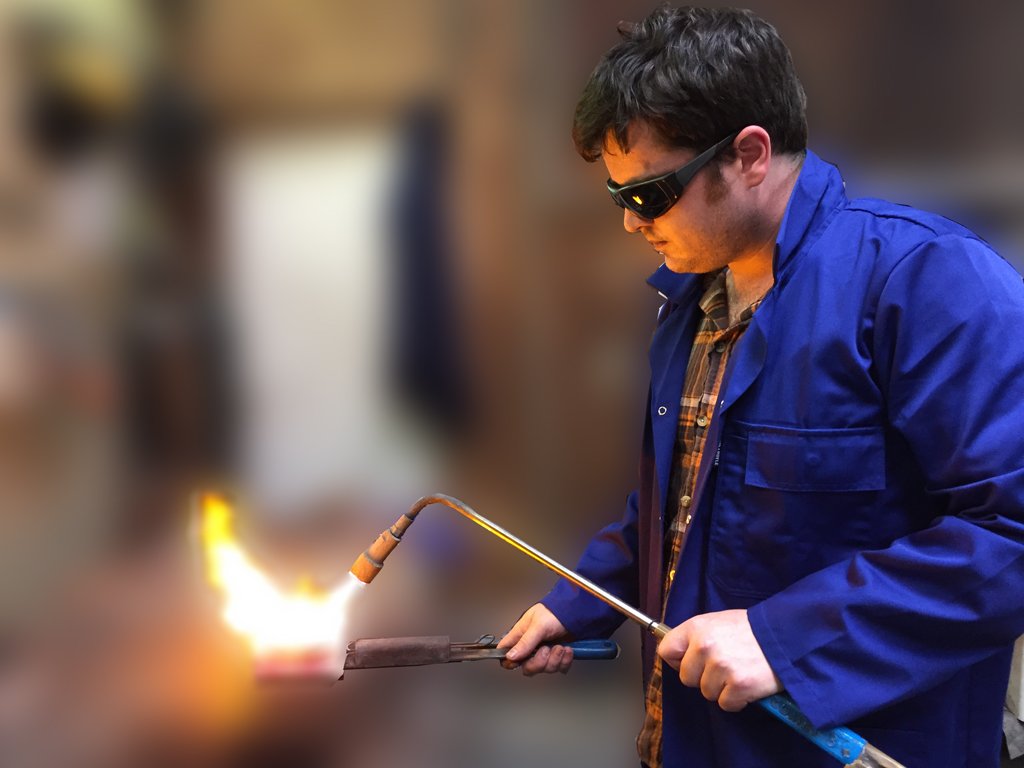 Paul’s days are spent turning trash to treasure in our state of the art refinery.

Paul started with NZ Gold Merchants nearly a decade ago. He was 19, fresh out of school and having begun a law degree, then switching to psychology he made his way into the family business initially dealing with the raw material in the silver refinery.

After many months, Paul began asking for more responsibility in the refinery. His determination, attention to detail and ability to follow procedure, saw Paul play an instrumental role in the development of an improved bar casting technique. The quality of the NZ Pure bar finish is now synonymous with New Zealand Gold Merchants gold and silver products, and denotes the quality of the metal produced.

Now, as Head Gold Refiner his role includes refining unwanted jewellery, jewellers lemmel and sweep, along with alluvial gold from our miners all over New Zealand, to a purity of 999.9 – the minimum requirement for our NZ Pure gold.

Paul says what he loves most about his job is there is always something new to learn. “Over the years I’ve learnt how to do everything in the refinery. I am always keen to learn from Tony who has a background in chemistry and Richard who developed the process we use in the refinery. I’m really surrounded by a very knowledgeable and experienced team,” he says.

“We’ve always invested in new equipment and we’re constantly upgrading to stay at the cutting edge of this ever evolving field.”

Outside of work Paul is a keen hiker and enjoys spending time with his partner, their dog Crash, family and friends. He is looking forward to taking New Zealand Gold Merchants to the next level.