I continually wonder why every market commentator talks down gold when the numbers are so clear. Over time gold out performs, and when markets push into stormy seas, gold has always been a safe port. The performance of gold over the past six months is a red flag and it is waving frantically in the winds of the upcoming storm which is just over the horizon. 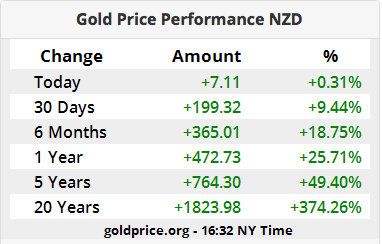 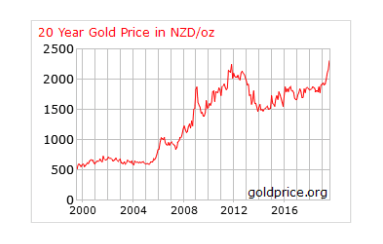 Our offices here in Onehunga have been overrun with customers this past week, all of them clamoring for the yellow metal. Thursday was one of the busiest days we have ever experienced, comparable with some days shortly after the last GFC.

But the focus wasn’t on making a profit for our customers – it was about protecting their hard earned money. The collective voice was, ‘I need to get money out of the banks’. For the first time in my 40 years in the bullion industry, people showed they were nervous to leave money in the banking system.

Interestingly, it was the Reserve Bank of New Zealand’s 0.5% rate drop down to 1% that caused the most concern, and not the FOMO of the racing gold market.

Adrian Orr, the Reserve Bank Governor did not help matters by saying we could go negative in the future.

The world now has 14 trillion dollars worth of negative bearing bonds in the market, forced upon us by the various reserve banks of the world, namely The ECB and the BOJ. Am I the only one that thinks this unbelievable!?

A normal trading bank assesses the loan risk and then applies an interest rate according to their risk/profit analysis – the higher the risk, the higher the interest rate. The narrative emanating from the reserve banking system is, ‘We know better than you, trust us,’ – but the markets are saying otherwise, this is very much – The Emperor Has No Clothes.

The Kiwi dollar will continue to weaken. Your purchasing power is being destroyed. Since January 2018, the currency has depreciated 13.5%, yet gold is up in the same time period 12% for a combined lift of 20.4%.

IN GOLD WE TRUST